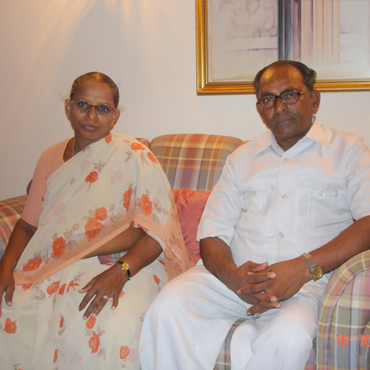 Bethanya was founded in 1999, and registered with the Government of India. This Trust and Ministry started with a great Vision in Saint Thomas Mount. This is the memorial place of Saint Thomas who was one of the twelve disciples of Jesus Christ.

Rev. S. Zachariah was born and brought up in Kalavelapalli village of Andhra Pradesh, India. From childhood, he had no belief in Christ; he lived as a Communist with no faith in God. Once, a missionary came from abroad and conducted an open air crusade in the nearby village. Having no peace in his life, he decided to attend that crusade at any cost. So he and his friends walk 2 hours from their village, in those days there was no transportation facility, when they finally reached the place, the preacher spoke about peace and salvation. Through the preacher’s sermon God touched Bro. Zachariah and he was saved. He become a follower of Christ and began to preach the Gospel whenever he had an opportunity.

Later, as he got married to Sister Elisabeth, they both moved to Tamilnadu for work, he joined in TTK Pharmaceutical Ltd, and was later promoted to Society Director. One day, the Lord spoken to him clearly to leave the job and follow Him. Immediately, he obeyed the voice of the God and resigned the job, joined in a Bachelor of Theology degree, and began to do the Lord’s ministry. God has blessed him with 6 children, all of whom are now grown and support him in the ministry. 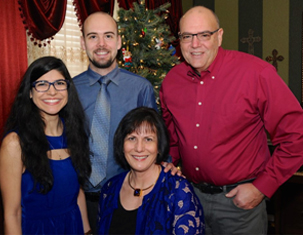 Jim and Karen Barger love the Lord and are happy to be of help to Bethanya, India & International. They have been married for 35 years and have 2 lovely children, Jimmy and Elena.

Jim is a builder in Seattle, with a vision to build affordable housing in the city. He consults as well, helping other builders navigate the building process. Jim also has a spiritual mission to spread the love of Jesus Christ. Karen has been on various non-profit boards serving the community, particularly supporting orga nizations that work for the safety and education of women and children. They both have a heart for those in need and hope to be of service to BVT.